Congratulations to Jane Wish on making up Macanne Bobbie Mcgee as breed champion – Bobbie is from Robbie and Kelly’ Well done Jane, we are very proud of your determination and achievements’

Well done to Chardale River Clyde of Macanne for his 2 point CC at Pretoria Kennel Club under Mrs Ann Long-Doyle from Ireland and his CC & Reserve Best of Breed at The Junior Kennel Club of Gauteng under Mr K A Lee from Australia. 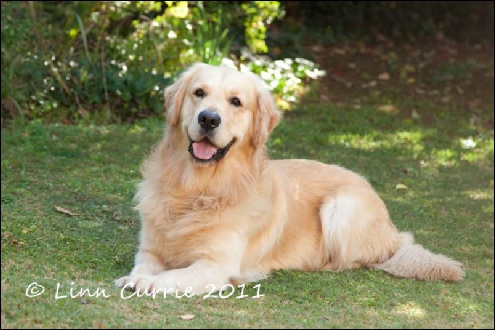 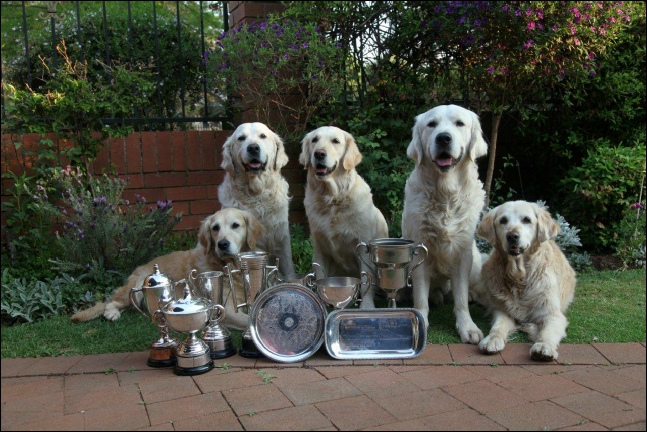 Jasmine is still with us, she was 14 in November, she won best Grand Veteran on show at the Golden Retriever Club Championship show in 2009

Kelly became the last member of our pack to obtain her Canine Good Citizenship.

We won the Summerfold Syringa Trophy for Top Breeder; thanks to contributions from Lewis, Sam, Amber and Kelly.

Top Show Dog was won by one of Murray's sons Ch Barleywood Autumnlad of Goldenzauer.

2005 was a difficult year for us personally with Margaret being diagnosed with colon cancer in June, the rest of the year being taken up with Chemo. We would like to thank everybody for their prayers and good wishes. After one follow-up in March 2006 she is currently in remission.

At the GRC Championship Show Margaret was presented with the Megginson Memorial Trophy for Outstanding Achievement.

We were both elected as Joint Patrons with the Sandfords to the Golden Retriever Club of KZN.

Congratulations to Cynthia and Paul Lakin who won Best in Show at the GRC Championship Show with Ch Macanne Llewelyn of Northwood.

Murray won the Sire and Progeny Trophy with Kelly, Lara, Wesley and Amy.

Kelly was made up as a Breed Champion.

Robbie became a Breed Champion and Murray qualified in the Junior Dog of the Year.

obbie won the Gundog Group at the Sasolburg Championship Show and obtained his first C.C. and B.O.B.

Murray joined us from the U.K. on the 1st of May at the age of 9 weeks from Lyn Anderson (Linchael) and went on to win 3 best puppies at Championship shows once he was old enough to show. 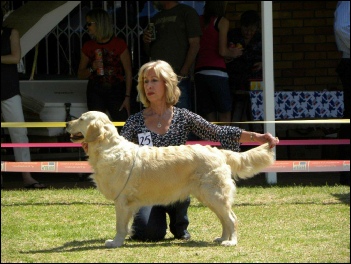 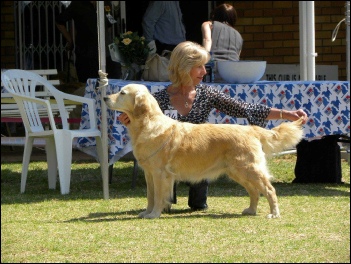 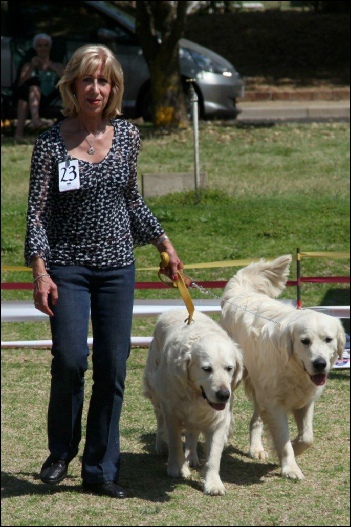