We have been involved in Golden Retrievers since 1983, our first being Kilifi Hayley, who was originally purchased as a pet with no thought of showing, field trialling, or in fact anything special.

Our second came along about a year later after we registered our kennel name - Tory of Macanne otherwise known as Bonnie, who won our first RC. We kept a puppy from her first litter, who became our first champion, Macanne Andrea.

Hayley outlived both Andrea and Bonnie, living to the ripe old age of 16 years and 10 months.

All our dogs are first and foremost our pets and part of the family, who live and sleep in the house with us.

Macanne Goldens are bred for conformation, intelligence and a kindly temperament, for showing, obedience and fieldwork.

For the current generations and to hear about Murray, our U.K. import from Lyn Anderson, see their separate pages. 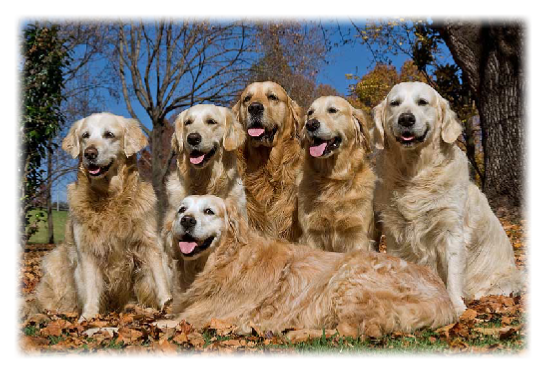 Jasmine became arthritic and started limping at about 13 years old and we put her on to Hill’s JD (Joint formula), this helped to such an extent that she stopped limping and in fact participated in a Hill’s seminar in Johannesburg.